Forward-curved fans are used in clean environments and operate at lower temperatures. They are well suited for low tip speed and high-airflow work – they are best suited for moving large volumes of air against relatively low pressures.

Tube axial fans have a wheel inside a cylindrical housing, with a close clearance between blade and housing to improve airflow efficiency. The wheel turns faster than propeller fans, enabling operation under high-pressures 250 – 400 mm WC. The efficiency is up to 65%.

Vane axial fans are similar to tube axial, but with the addition of guide vanes that improve efficiency by directing and straightening the flow. As a result, they have a higher static pressure with less dependence on the duct static pressure. Such fans are used generally for pressures up to 500 mmWC. Vane axial are typically the most energy-efficient fans available and should be used whenever possible. 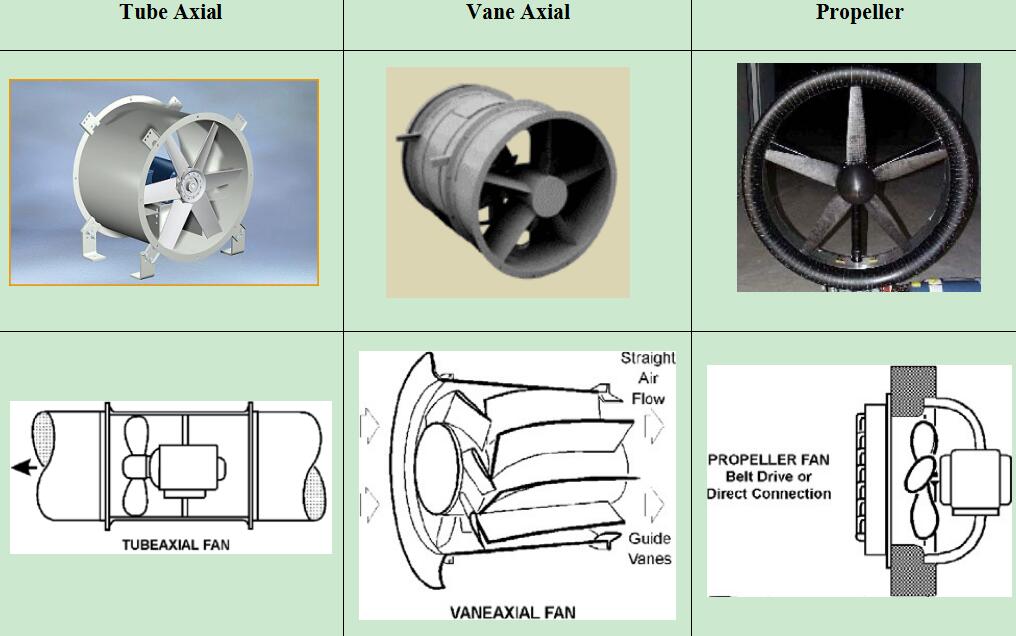 Blowers can achieve much higher pressures than fans, as high as 1.20 kg/cm2. They are also used to produce negative pressures for industrial vacuum systems. Major types are centrifugal blower and positive-displacement blower.

Centrifugal blowers look more centrifugal pumps than fans.   The impeller is typically gear-driven states as    15,000   rpm.     In multi-stage blowers, air is accelerated as it passes through each impeller.   In single-stage blower, air does not take many turns, and hence it is more efficient. 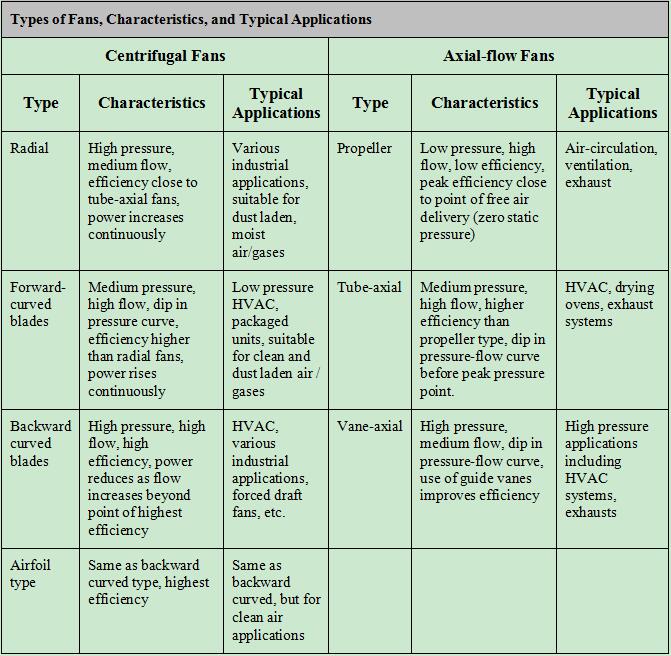 Regardless of the manufacturer of a ventilation or air conditioning system, ventilation systems pose a potential risk to human health if maintenance is unsuitable. To reduce the existing risks, operators are obliged to carry out a risk analysis and to set up the maintenance... read more

Do you know which refrigerants are used in industrial refrigeration equipment?

Do you know which refrigerants are used in industrial refrigeration equipment? There is no absolute answer to this question. No single refrigerant meets the 100% requirement of all cooling equipment. The ideal refrigerant needs to have all the conditions in terms of material compatibility, chemical... read more

What are the dual weapons of dust suppression?

What are the dual weapons of dust suppression?  Decent Machinery mainly deals with fog cannon and misting system, we have exported to many countries. Purpose: dust removal, disinfection and cool down. Use environment:Mining,tunnel,construction sites, agriculture, gardens, street disinfection, airports, ports, and so on. Fog cannon can deliver water... read more

Why do we need to use chillers in industrial production?

How to check the order tracking? and where can I check?

Q: How to check the order tracking? and where can I check? A: Each customer has a unique order number. You can take the number to decent official website: www.scy-fan.net After updating the order number, our salesman will also send a link to instant messaging immediately. read more

What‘s the water consumption of Evaporator?

What‘s the water consumption of Evaporator? Evaporation efficiency is 5-10 Cubic meters per hour. The average flow rate is 8 Cubic per hour. You need to provide the area and water volume of the place of use, and we can calculate the number of equipment... read more

What fields can fog cannon be used in? What types are available?

What fields can fog cannon be used in? What types are available? Decent fog cannon is a mist cannon that produces a mist blanket of microdroplets for  IN- and OUTDOOR dust control. The mist absorbes the airborne dust particles and causes them to fall to... read more

What is the Fan Characteristics Curve ?

Centrifugal blowers or fans, are among the most efficient and versatile pieces of air moving equipment. The scroll housing in a centrifugal fan accelerates the air and changes the direction of the airflow twice, a full 90 degree, before leaving the housing. Centrifugal blowers... read more

Extend the life of the Fog cannon, what needs to be done or attention?

Extend the life of the Fog cannon, what needs to be done or attention? Fan maintenance: Attention to regular visual inspection to see if the screw at the connection between the fan and the motor is loose or detached. If there is any looseness or... read more