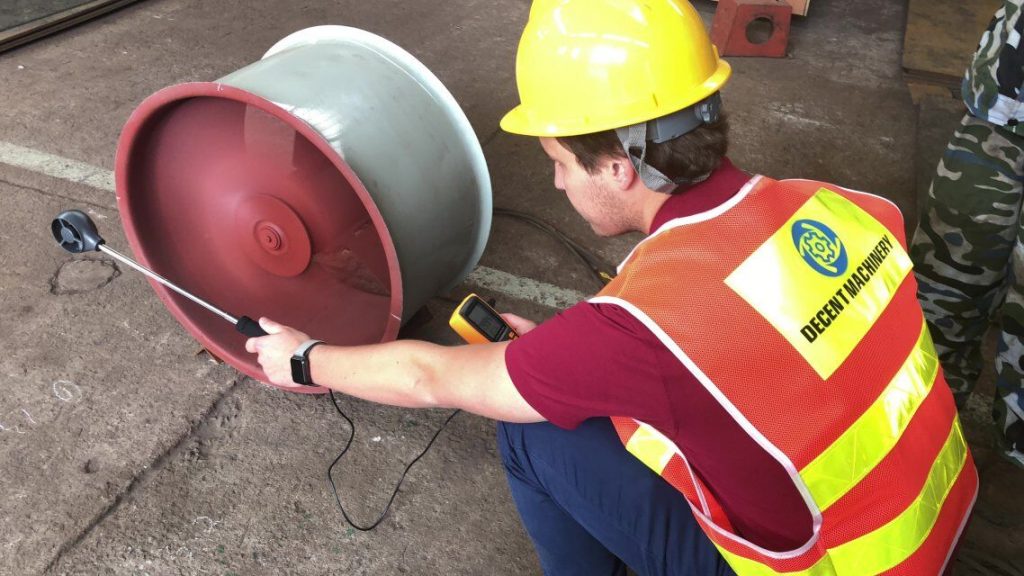 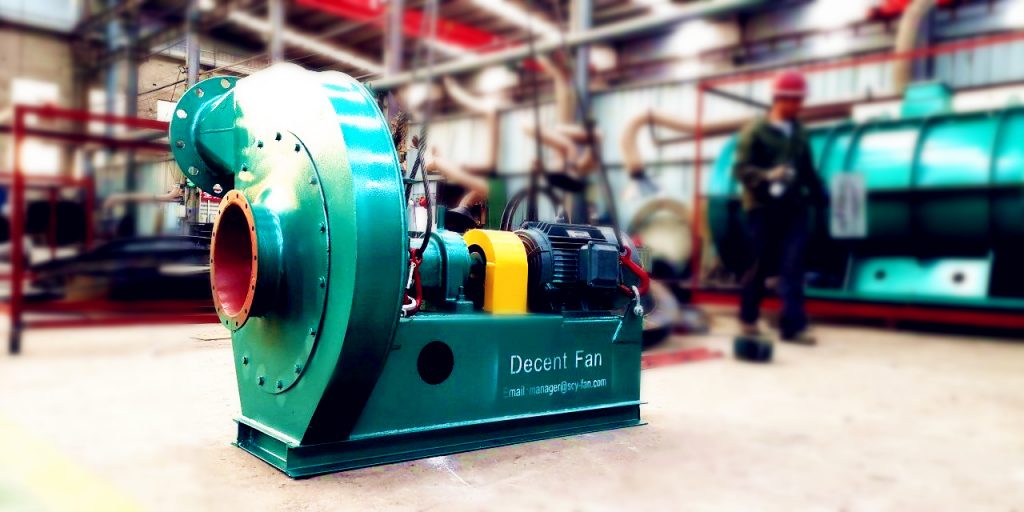 An axial fan is one in which the extracted air is forced to move parallel to the shaft about which the blades rotate. Centrifugal fans extract air at right angles to the intake of the fan and spin the air outwards to the outlet by deflection and centrifugal force. The impeller rotates, causing air to enter the fan near the shaft and move perpendicularly from the shaft to the opening in the fan casing. The axial fans replace in certain fields of application the centrifugal fan from the functional point of view, operating at higher specific speeds with lower diameters. An axial fan, on equal flow and pressure, has the following differences compared to a centrifugal one:

– it has a lower diameter of the impeller
– it has a higher dynamic pressure
– it has an operating speed (and thus also the specific one being Q and P equal) clearly higher
– the peripheral speed is higher
– it has a lower yield and therefore a higher power consumption
– it is much noisier
– it is significantly smaller and lighter, and less expensive
The most significant data of this comparison are the weight, the speed of operation and the noise. The comparison of the speed of operation indicates that the same flow and pressure characteristics are obtainable by axial fans in higher operation and peripherals speeds than those of the centrifugal fans. Since there is a limit to the stresses in the rotating bodies, and then to their peripheral speeds, we can safely say that the pressures of a certain amount are more easily obtained with centrifugal fans instead of axial fans. The axial fans are much more noise, it often happens that to contain noise the axial fan requires the use of silencers, where there would be no need for a centrifugal fan.

Copper has one of the highest electrical conductivity rates among metals, which allows it to be soldered with ease. It also makes it possible for smaller conductors to be used to transmit power loads. Smaller conductors are easier to transport and install, and they... read more

Mining mining is popular, how to ensure the health of miners?

What is the principle of the CNC router？

What is the principle of the CNC router？ First of all, special design and typesetting software is installed in the general-purpose microcomputer to design and typeset graphics and characters, and automatically generate processing path information. Secondly, the tool path data is transmitted to the single-chip microcomputer... read more

Can you make Textile AHU unit?

Of course, our AHU unit will add a spray section to meet customer requirements for humidity. read more

Do you know the order process of Decent Machinery?

Do you know the order process of Decent Machinery？ read more

What is the difference between ID fan and FD fan?

Do you know the parts of the AHU?

A: Do you know the parts of the AHU? Q:  read more

Why is our factory so clean?

Why is our factory so clean? Decent Machinery focus on the production of various environmental dust collector equipment, which are widely used in woodworking furniture factories, timber factories and other industries that produce dust. According to the requirements of different customers, we provide customized products and... read more

How to get price faster forour centrifugal or axial fan blower ?

In order to help you to get our centrifugal or axial fan blower quotation faster, please check the below instruct video for reference. read more

The function of PA & SA Blowers and Fans in Steam Boiler Thermal Power Plants There are 3 basic things are needed for the combustion of any fuel to take place, Fuel Air (Oxygen to specific) and heat In fact, some of the air which has been provided for combustion... read more